In Memory of William E. Walton 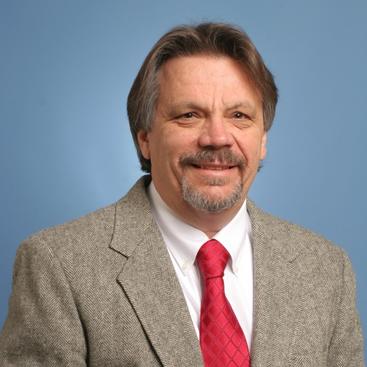 The Department of Entomology, the University of California, and the field of vector ecology have lost one of their most dedicated, productive, and beloved scientists. Dr. William E. (Bill) Walton, Professor of Entomology, passed away at the UC Irvine Medical Center on October 18, 2020 from B Cell Lymphoma. He was 64 years old.

Bill was born in Connecticut to Edward, an administrator at the University of Bridgeport, and Ruth, an elementary school teacher. Bill especially enjoyed swimming and paddling a canoe on the lake near his home as he was growing up. His father served as a scout and official team historian for the Boston Red Sox, and Bill remained a loyal and lifelong Red Sox fan. Bill graduated with a B.S. in Zoology from the University of Rhode Island (URI) in 1978. A key early mentor was Dr. Nelson Hairston at URI. Bill was a star student in Dr. Hairston’s limnology class and soon participated in collecting trips to local ponds and worked in the Hairston laboratory. This launched Bill into a career as an aquatic ecologist with fascinating studies at URI on cladoceran evolution and diapause. One of Bill’s first studies with Hairston was published in the Proceedings of the National Academy of Sciences, an amazing and certainly auspicious beginning for an undergraduate. Bill also later worked with Hairston at Cornell University on fish vision and prey selection.

Bill obtained his M.S. (1982) and Ph.D. (1986) in Zoology/Aquatic Ecology from the University of Maryland where he worked with the famous aquatic ecologist J. David Allen. This sound foundation in aquatic ecology served Bill well his entire career. He first turned his skills toward medical entomology as a postdoc from 1987 to 1990 working on mosquito ecology with Dr. Mir Mulla at UCR, a towering figure in the field of mosquito control. Bill’s ability and willingness to bring his superb basic science skills to bear on applied problems in medical entomology were important factors in his being hired on the UCR Entomology faculty in January 1995.

Mosquitoes are critically important vectors of disease agents such as West Nile Virus, and they can be serious biting pests as well. Mosquito control in arid regions, such as southern California, hinges on strategic management of water sources where the immature mosquitoes are found. These sites often are man-made, ranging from storm drains and catchment basins to large, managed marshes. The latter provide wildlife habitat, human recreation, and encourage natural microbial degradation of pollutants in wastewater and thus improve water quality. Bill created a specialized niche addressing mosquito production issues as related to water quality and management in these anthropogenic sources. He and a number of graduate students worked with colleagues with different areas of expertise, such as environmental health or engineering, and from different agencies. Bill’s many publications addressing the complex ecology and variable designs of these wastewater management systems as they relate to mosquito control are absolute classics in that field.

His laboratory also produced many publications on interactions between mosquitoes and natural enemies. Some of the more recent work exposed the fascinating fact that mosquitoes both detect and avoid semiochemicals produced by a key predator, the widely used mosquitofish, Gambusia affinis. This has obvious potential applications for management. At the operational level, larval mosquitoes are controlled primarily using bacterial larvicides, notably Bacillus thuringiensis israelensis (Bti) and Lysinibacillus sphaericus. With UCR entomologist Dr. Margaret Wirth (a Staff Research Associate in Bill’s lab) and noted insect pathologist Dr. Brian Federici, a tremendous series of papers was produced delving deeply into the modes of action of bacterial larvicides and the evolution of resistance. These are also classics. Recently Bill’s laboratory had been working intensively on surveillance and on autodissemination of growth regulators and entomopathogenic fungi for mosquito reduction in hard-to-reach storm drain systems. David Popko, who received his M.S. with Bill, served as a superb technician in Bill’s lab for many years and was first author on some of those studies. This illustrated Bill’s management style: he had patience and great faith in his people and was happy for them to take credit for the tremendous work accomplished as part of his team. No matter how busy he was, he would always make time for his students and lab members who might need to talk with him right away. Bill possessed an impressive ability to multitask and, although extremely busy, he always seemed to prioritize their needs. He readily embraced and steadfastly encouraged and supported interesting and sometimes diverse ideas his students or staff generated, utilizing techniques from fields as wide-ranging as water chemistry, microbiology, botany, or molecular biology. Bill thus was both able and eager to branch out beyond the narrow focus that characterizes research in many laboratories. This itself is the hallmark of a great ecologist.

Bill’s wide-ranging activities in aquatic ecology and mosquito control at UCR resulted in over 130 refereed scientific publications, conference symposia, and review articles, plus a number of comprehensive and influential book chapters and position papers. Bill was known and appreciated for his excellent, sustained collaborative work with mosquito abatement districts over his entire career, particularly those in the southern California region. They held him in high esteem and he reciprocated that feeling. He believed in and supported their mission, crossed the line between basic and applied science with natural ease, and thus exemplified the ideal agricultural experiment station scientist.

Bill was a remarkably effective and dedicated teacher and taught several classes, most notably Insect Ecology (ENTM 127), Introductory Ecology and Evolution (BIOL 5C), and Aquatic Insects (ENTM 114). The latter was designed together with Dr. Brad Mullens as the kind of intensive field ecology course that is rarely taught these days. It featured numerous afternoon or weekend field trips, completion of an extensive insect collection, and participation in a group aquatic bioassessment project using the aquatic insect community and a wide variety of water and physical habitat metrics to assess stream health and water quality in upper and lower reaches of the Santa Ana River, the largest river system in southern California. The project required the class to function as a research team and each student had to provide a detailed write-up in scientific paper format. Students were specifically warned the first day of classes that, if they were looking for an easy class or to be anonymous, they should drop it immediately. And they for sure were going to get wet. Despite its intensity, both the students and instructors especially loved that class. Bill’s efforts were greatly appreciated by both students and colleagues, and Bill was specifically recognized for his exceptional teaching prowess through several very prestigious teaching awards. These included being a National Academies Education Fellow in the Life Sciences (2013) and receiving the Outstanding Teaching Award on the UCR campus (2017), from USDA-NIFA (2018) and from the Entomological Society of America (2018). The Entomology graduate students awarded him the Faculty Mentor Award in 2010, which he valued greatly. Bill trained many excellent graduate students and postdocs who have gone on to make major contributions themselves to the fields of vector ecology and medical entomology. Several of his students or postdocs are research leaders in the public health agencies and mosquito control districts with which Bill regularly interacted.

Bill’s service to entomology and vector ecology is truly remarkable, a credit to him and the UC system, and cannot be overstated. The service record is too voluminous to list in its entirety here, but includes serving on an immense variety of university and departmental committees and professional committees and editorial boards. One consistent theme was his unflagging support for student activities, such as organizing student symposia at meetings. He participated very actively in the California Mosquito and Vector Control Association for his entire career. Bill was very prominent in and served as president both of the Society for Vector Ecology (2013) and the American Mosquito Control Association (2018). He received the Outstanding Service Award from the Society for Vector Ecology in 2018. He enjoyed a close personal relationship with a number of national and international colleagues at these meetings, including regular participation in a wine-tasting group “meeting” in the evening after the business was done. He recently was instrumental in forming and was serving as co-Director of the Pacific Southwest Center of Excellence in Vector-borne Diseases. This center has the goals of coordinating medical entomology training (and offering training grants) and fostering research efforts between scientists in the region and many partners in the vector control community. Bill also served ably for many years as the UCR Department of Entomology Vice-Chair and as such helped guide the department’s teaching missions and student funding efforts. He was a critical part of the glue that held the department together, ensuring the high research and teaching productivity that resulted in the UCR entomology department being ranked as one of the best in the world. The void left by his passing will not be easy to fill.

Bill enjoyed wine tasting and good conversation with friends and colleagues, hiking, biking, and kayaking with his family.  Bill leaves behind his wife of 28 years, Dr. Peggy Walton (retired Research Scientist), and their son Tyler (mechanical engineer). He also is survived by his mother Ruth D. Walton, his sister Susan and her husband Bud Peck, two nephews and a niece, all of whom are living in Arizona. The family requests that their privacy be respected at this very difficult time. Due to COVID restrictions, no memorial service is planned at this time.  In lieu of flowers and gifts, please consider a contribution to the Dana Farber Bing Center for Waldenstroms Macroglobulinemia. Bill’s ready smile and laugh, optimism, and genuinely friendly, helpful demeanor will be long remembered and sorely missed by so many of his colleagues, students, and friends. May he rest in peace.