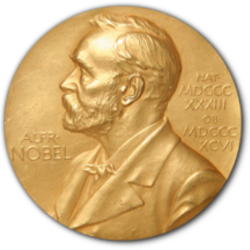 "FOR THE GREATEST BENEFIT TO HUMANKIND"

The Nobel Prize is an international prize awarded annually that is widely regarded as the most prestigious award available in the fields of literature, medicine, physics, chemistry, economics and activism for peace. UCR is proud to have two Nobel Laureates on the faculty in the College of Natural and Agricultural Sciences to share their teaching and research expertise and expand the horizons of our community.

Physicist Barry C. Barish, who won the 2017 Nobel Prize in physics for decisive contributions to the LIGO detector and the observation of Gravitational Waves, joined the faculty of the University of California, Riverside, on September 1, 2018.

Barish, the Linde Professor of Physics, Emeritus, at Caltech, shared the Nobel Prize with fellow Caltech physicist Kip Thorne and MIT physicist Rainer Weiss. The prize recognized their “decisive contributions to the LIGO detector and the observation of gravitational waves.” Barish brought the Laser Interferometer Gravitational-Wave Observatory (LIGO) project to completion, enabling the first observation of the gravitational waves predicted by Albert Einstein more than 100 years ago. 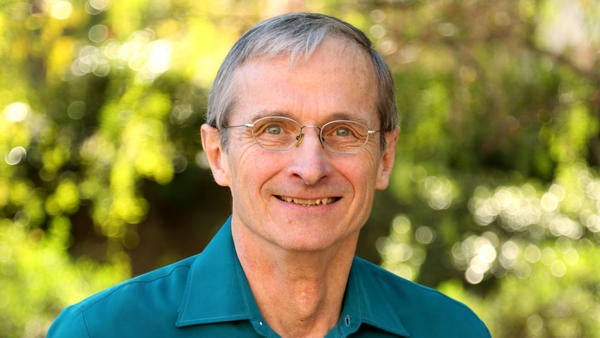 Richard Schrock, a Nobel Prize-winning chemist and UC Riverside alumnus, joined the faculty in UCR’s College of Natural and Agricultural Sciences in September 2018. He is the inaugural George K. Helmkamp Founder’s Chair in Chemistry, named after one of the founding faculty members of UCR’s Department of Chemistry.

Schrock, who graduated with a bachelor’s degree in chemistry from UCR in 1967, was awarded the 2005 Nobel Prize in chemistry for the development of a catalyst for a reaction now used daily in the chemical industry for the efficient and more environmentally friendly production of pharmaceuticals, fuels, synthetic fibers, and many other products. Schrock shares the prize with Yves Chauvin of the Institut Francais du Petrole and Robert H. Grubbs of Caltech.