Join us in welcoming the newest faculty members to the College of Natural & Agricultural Sciences for the 2020-2021 academic year! 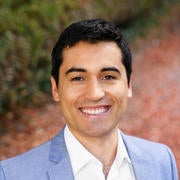 Miguel Arratia, assistant professor of physics in the Department of Physics & Astronomy. He received his Ph.D. from the University of Cambridge in 2016. He specializes in experimental nuclear physics. He seeks to understand the origin of the fundamental properties of the atomic nucleus such as its spin, mass, and size. He works in experiments using powerful electron beams, such as those available at the Thomas Jefferson National Laboratory and the future Electron-Ion Collider, to obtain tomographic images of the atomic nucleus at the quantum level. 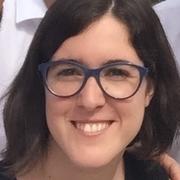 Ana Bahamonde, assistant professor of organic chemistry in the Department of Chemistry, earned her Ph.D. in organic chemistry at the Institute of Chemical Research of Catalonia (ICIQ) in Spain. Her research interests are in the areas of asymmetric catalysis, physical organic chemistry, photochemistry and organometallic chemistry. She works on the development of processes based on ligand-metal cooperativity to facilitate the controlled formation of highly reactive species to enable mechanistically distinct reactions aimed to solve challenging problems in organic synthesis. 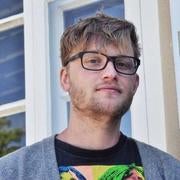 Brian Collier, assistant professor in the Department of Mathematics, earned his Ph.D. in pure mathematics at the University of Illinois Urbana-Champaign. His research interests are in differential geometry and algebraic geometry. Most of his work has focused on the Nonabelian Hodge correspondence which links certain classical geometric objects such as hyperbolic geometry with holomorphic objects called Higgs bundles. He is particularly interested in problems that rely on the interplay of many areas of math such as dynamical systems, gauge theory, low dimensional topology, PDEs, Lie theory, and geometric group theory. 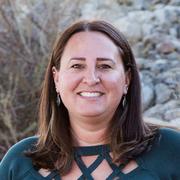 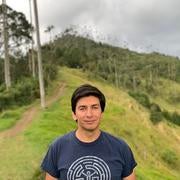 Patricio Gallardo earned his Ph.D. in Mathematics from Stony Brook University with a focus on Algebraic Geometry. He was a postdoctoral fellow at the University of Georgia at Athens. Afterward, he continued his postdoctoral training at Washington University in St Louis. Within geometry, Patricio's research specializes in understanding the behavior of geometric objects within families. How can they transform into each other? What sort of defects - singularities - can it acquire? He joined UC Riverside in 2019 as a visitant researcher. He joined the faculty at UCR in the fall of 2020. 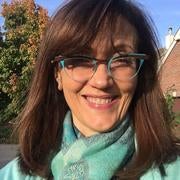 Estela A. Gavosto, professor of teaching in the Department of Mathematics and special advisor to the dean of CNAS in STEM initiatives, earned her Ph.D. at Washington University in St. Louis and completed postdoctoral training at Princeton University and at the University of Michigan. Her mathematical research focused on several complex variables and complex dynamics. She has worked extensively in NIH funded programs that prepare underrepresented students to biomedical research careers. Her main interest is to develop programs that broaden participation in STEM careers. 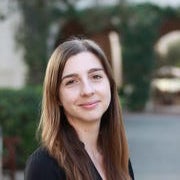 Ysabel Giraldo is an assistant professor in the Department of Entomology. She earned her Ph.D. in Biology at Boston University with a focus on ecology, behavior, and evolution. Her research interests are in the neurobiological basis of complex insect behaviors. Drawing on her varied experience in ecology, behavior, and neuroscience, her research program takes an integrative approach to understanding insect navigation. Research projects will take advantage of new tools such as machine-vision tracking to compare Drosophila species’ movements and multiphoton microscopy to identify neurons and circuits used during navigation. 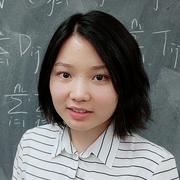 Jia Gou, assistant professor in the Department of Mathematics, earned her Ph.D. in applied mathematics at the University of British Columbia. Her research interests are in the areas of mathematical biology and applications of dynamical systems. Her work includes understanding the mechanisms of tissue growth control by constructing and investigating models that involve cellular level details. She is also interested in analyzing mathematical models of spatial and temporal phenomena in biology, using techniques such as asymptotic and perturbation methods, and numerical simulations. 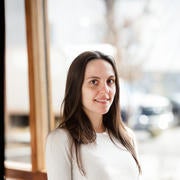 Eloísa Grifo, assistant professor in the Department of Mathematics, received her Ph.D. in 2018 at the University of Virginia. Before joining UCR, she was a postdoc at the University of Michigan. Her research is in commutative algebra, an area of pure mathematics with connections to most other areas of mathematics and that has practical applications in robotics, physics, and computer science. She is broadly interested in the relationship between commutative algebra and homological algebra, algebraic geometry, and arithmetic geometry. 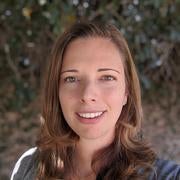 Amy Murillo, assistant professor in the Department of Entomology, earned her Ph.D. from the University of California Riverside. Her research focuses on management of arthropod pests of animals. She is particularly interested in host-ectoparasite interactions in poultry, a system that allows for basic research with agricultural applications. Her lab is currently investigating how
mites and lice affect chicken behavior and welfare. 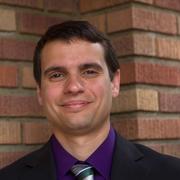 Edward Schwieterman, assistant professor of astrobiology in the Department of Earth and Planetary Sciences, earned his Ph.D. in astronomy and astrobiology at the University of Washington. His research interests and activities include integrated climate, photochemical, and spectral modeling of terrestrial exoplanets and the analysis of early Earth as an exoplanet analog. He is particularly interested in studying the planetary processes, atmospheric chemistry, and the possible remote biosignatures of exoplanets in their circumstellar habitable zones.