The Origins of the Citrus Experiment Station 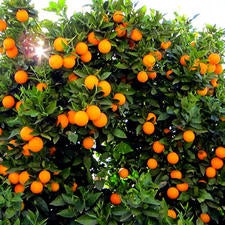 The year 1907 was a good one for citrus growers in the Riverside area. In January of that year, an agricultural professor reported at a citrus meeting held in Riverside that $5,000 an acre was "by no means exceptional" earnings for citrus orchards in one season.

Why, then, had citrus growers asked the state legislature and the University of California in 1905 for scientific help? Although their citrus was prospering, the growers realized that good times wouldn't necessarily continue. Competitors were springing up in Florida, northern California, Puerto Rico, and South Africa. Since 1873, when the first navel orange trees arrived in Riverside, these growers had fought to establish and build their industry against obstacles such as plant disease, irrigation problems, nutritional deficiencies, occasional frosts and insect pests. These were the problems the citrus men hoped the Citrus Experiment Station (CES) would help them to solve.

Prophetically, the first head of the CES, Ralph E. Smith, told growers in 1907, "This...is not necessarily an exclusively citrus experiment station...While its greatest efforts must naturally be in this direction...there are problems relating to other fruits and products...Such matters will receive the proper consideration."

The following year, Riverside was selected as the site for this larger research station. The Riverside Daily Press reported that news of the selection was heralded here "by a 15-minute blast for the big steam whistle at the city electric plant. Instantly, the city was electrified and the rejoicing was most hilarious."

During 1914, the CES had a total staff of 18 and an annual budget of $60,000, with H. J. Webber as its director. Its 11 researchers were busy turning out information on fertilizers, rootstocks, new varieties of citrus, orchard heating, citrus diseases, packinghouse problems, and nematodes -- insidious soil worm pests that recently had been found to exist in practically every section of California.

In 1917, Webber and his staff moved to a newly constructed facility on the lower slopes of the Box Springs Mountains, four miles to the east. This graceful structure, built for the Citrus Research Center, became the nucleus of the UCR campus. Photographs taken by Webber show a treeless sweep of rock-strewn hills, with a smogless view extending to the mountains north of San Bernardino. Ivy, grass, hedges, flowers and trees soon lent added beauty to the building. 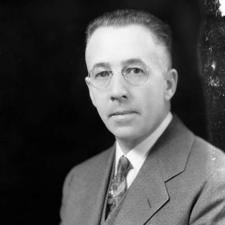 Leon D. Batchelor succeeded Webber as CES director in 1929 and served 22 years in that capacity. The CES continued to expand its staff, reflecting the rapid growth of California agriculture. During his 38 years on the CES staff (1915-1953), Batchelor saw the Citrus Research Center's land area grow from 30 acres to almost 1,000 acres and staff grow from 17 to 265.

Batchelor initiated many of the long-term fertilizer experiments conducted at Riverside. He helped the walnut industry solve problems involving diseases, processing, and shipping. For the citrus industry, he initiated the development of better rootstocks and varieties needed to combat disease and improve fruit quality. As an administrator, Batchelor continued and strengthened Webber's policy of hiring capable people and letting them work freely and uninterrupted.

The CES continued to expand in physical facilities, personnel and research activities under the leadership of Dr. A. M. Boyce, dean of UCR's School of Agricultural Sciences and associate director of the Citrus Experiment Station, who took charge in 1952. CES scientists occupied most of a large new building, Webber Hall, in 1954. A cluster of structures sprang up around the main entomology building from 1958 to 1961, the last being the U.S. Department of Agriculture's Boyden Entomological Laboratory. Greenhouses and other smaller structures stretched out like rows of dominoes. Agricultural land was increased to 1,100 acres as the scientists' research needs increased.

A vegetable crops group from Davis was added in 1955. The following year, the Department of Nematology and the Biometrical Laboratory were established. Work in entomology and plant pathology on ornamentals was transferred from UCLA to UCR in 1960. The next year, the Air Pollution Research Center was established at UCR, and agronomists from Davis set up shop on the campus here. The Dry Lands Research Institute was added in 1963, a Department of Agricultural Engineering was established in 1964, and economic work on turf grasses was transferred from UCLA to the Department of Agronomy at UCR in 1965. 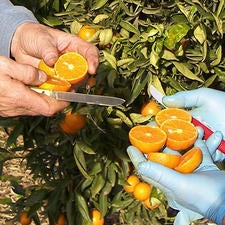 As the station broadened its studies, the name "Citrus Experiment Station" became more and more of a misnomer. In 1961, therefore, the Regents renamed the CES the Citrus Research Center and Agricultural Experiment Station (CRC-AES). This action recognized the changes wrought by 56 years. Further changes within the affiliated College of Agriculture led to the formation of the College of Natural and Agricultural Sciences in 1974.

Over the course of its first 100 years the focus of the CRC-AES has evolved to address diverse aspects of agricultural production systems, including more recently consideration of ecological and environmental problems.